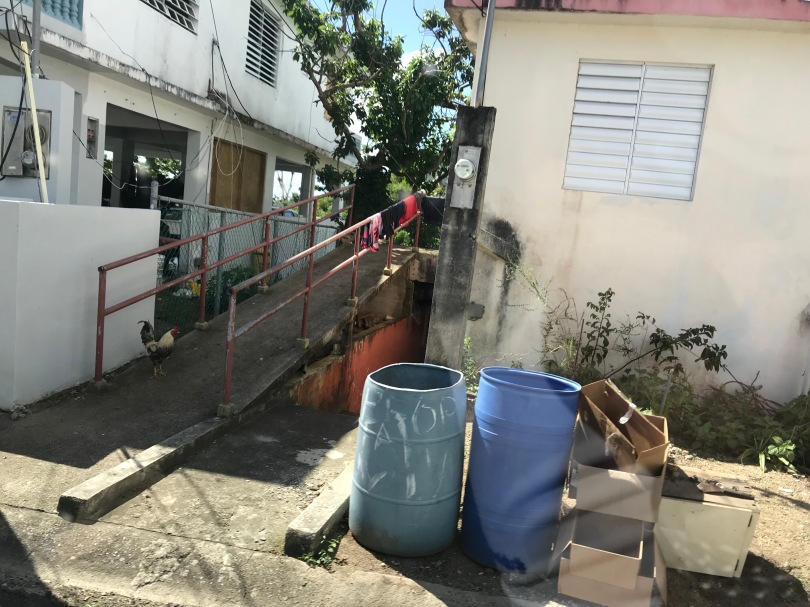 When a natural disaster strikes, U.S. citizens often rely upon FEMA to respond. But when FEMA benefits end, people are still left to pick up the pieces of their former lives. Those who were once secure financially now struggle, and those who were impoverished experience complete and total devastation. Anti-poverty programs play an important role in disaster recovery. Though imagine what would happen if the programs were unable to provide for all the people in need, or what if they did not exist at all… Puerto Ricans don’t have to imagine this scenario, because they are already living it.

Before Hurricane Maria hit, Puerto Rico was already experiencing high levels of poverty, with 43.5% of people living in poverty[1], compared to the national average of 12.7%[2]. While many factors contribute to the number, Puerto Rico’s anti-poverty programs do very little to help reduce it. Puerto Ricans are United States citizens, whether they live in the 50 states or in Puerto Rico[3], and as such, are entitled to receive all of the benefits and privileges granted to citizens. Yet, the law treats citizens living in Puerto Rico vastly different from how they would be treated on the mainland.

For example, the Supplemental Nutrition Assistance Program (SNAP) plays an important role in providing funds to purchase food, and in a disaster, can also help to replace food that was lost. SNAP is an entitlement program for most, meaning anyone qualified can receive benefits, which allows the program to respond to economic need[4]. However, in Puerto Rico, SNAP does not exist. It is replaced by a block grant program, which means that with limited funds, participation and payments are restricted, and the program has no ability to adapt to economic changes[5]. Puerto Rico also can not access disaster funds related to nutrition assistance without a special designation[6].

Unlike SNAP, programs such as Temporary Assistance for Needy Families (TANF), and Child Nutrition Programs that exist on the mainland are present in Puerto Rico. However, in Puerto Rico TANF mainly provides support for individuals with disabilities, who make up 80% of participants[7]. This is a stark contrast to the mainland, where 90% of TANF supports single mothers living in poverty[8]. While the participation in Puerto Rico may be influenced in part by the stigma of welfare, the absence of Supplemental Security Income in Puerto Rico likely plays the larger role.

Supplemental Security Income (SSI) is the federal program that provides direct assistance to low-income elderly and disabled individuals. However, in Puerto Rico, like SNAP this program does not exist, and has been replaced by a limited grant[9].  Before the hurricane, this limited program assisted approximately 36,000 people, who received a monthly benefit of around $75[10]. In contrast, if Puerto Ricans could access SSI, an estimated 300,000-350,000 people would be eligible for an average monthly benefit of $540[11].

The Earned Income Tax Credit (EITC) is known as the being the most effective anti-poverty program to date, and is an effective tool for stimulating the economy by increasing the workforce and raising the working poor out of poverty. However, in Puerto Rico, like SNAP and SSI, the EITC does not exist. The EITC creates incentives for people to enter the workforce, which is critical for Puerto Rico, as less than half of Puerto Rico’s people are in the workforce, with many participating in the informal economy[12]. It is also important to note that while the Child Tax Credit does exist in Puerto Rico, it only applies to families with more than three children[13].

This comparison of programs is intended to shed light on the disparities between the anti-poverty programs in the states and Puerto Rico, and provide insight into the difficulties facing Puerto Ricans before the hurricane hit. This issue will not go away anytime soon, and while my future posts will focus on implications and solutions, low-income and impoverished Puerto Ricans need our help now. I hope that you will consider donating to #UBLawResponds so that we can provide essential goods to the Puerto Ricans we serve through our work on the island.

My next related blog will delve into the implications of the limited nature of Puerto Rico’s programs, like how a simple change of address can bring a low-income family out of extreme poverty. But tonight I must sleep, because tomorrow we are heading out to finally begin the fieldwork component of our course!

[4] Elizabeth Wolkomir, “How Is Food Assistance Different in Puerto Rico Than in the Rest of the United States?,” November 2017, https://www.cbpp.org/research/food-assistance/how-is-food-assistance-different-in-puerto-rico-than-in-the-rest-of-the

[7] The University of Texas at Austin: Child and Family Research Institute, Supporting Children and Families: TANF and Head Start in Puerto Rico, http://www.metro.inter.edu/hsrppr/doc/Supporting%20children%20and%20families.pdf

[9] U.S. House of Representatives Committee on Ways and Means, “Appendix B: Social Welfare Programs in the Territories,” https://greenbook-waysandmeans.house.gov/2012-green-book/appendix-b-social-welfare-programs-in-the-territories

[12] Center for Puerto Rican Studies, “Welfare Reform and the EITC: Economic Development Recommendations by the Oversight Board,” https://centropr.hunter.cuny.edu/events-news/puerto-rico-news/economic-development/welfare-reform-and-eitc-economic-development

[13] Richard V. Reeves and Katherine Guyot, “Keeping our PROMESA: What the U.S. can do about Puerto Rico’s fiscal crisis,” https://www.brookings.edu/research/keeping-our-promesa-what-the-u-s-can-do-about-puerto-ricos-fiscal-crisis/