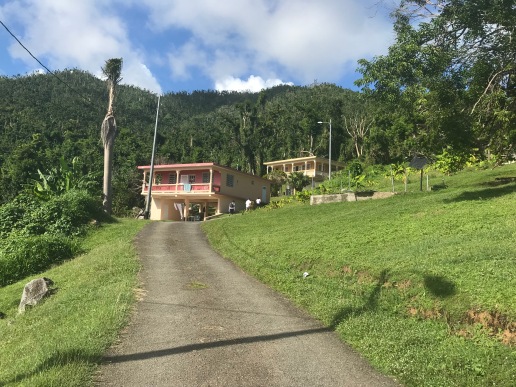 Puerto Rico is a beautiful and unique place. The only tropical rainforest in the United States is El Yunque in Puerto Rico, the world’s most sensitive single-dish radio telescope capable of radar astronomy is in Puerto Rico, and at least 50 species of animals found only in Puerto Rico are just a couple ways in which the island is one-of-a-kind. More relevantly, homelessness, unauthorized home construction, undocumented transfers of ownership, and unique laws in Puerto Rico present incredibly unique legal issues and dilemmas.

Families in Puerto Rico are very close-knit and it is not unusual for adult children to build homes on their parents’ property in order to remain close, and due to a lack of resources to buy property or a house of their own. The family may build a separate building for the grown children to move into with their spouses, or they may build additional rooms onto the parents’ house. Resulting legal issues abound: “landowners” often lack a proper title; even if landowners do have a title, proper building permits often have not been obtained; and often a proper deed does not exist to prove ownership of the structures. Without these documents, pursuing legal avenues after a damaging event or disaster can be extremely difficult, if not impossible.

Puerto Rico’s rural housing realities have made recovery from Hurricane Maria’s even more difficult. Imagine your family has lived in the same valley for generations—each generation building another small house just a few yards away from their parents’ house. The houses have now spread up the side of the mountain and across the valley. Now imagine a Category 4 hurricane hits the island, dumping 30 inches of rain on you and your family in 18 hours. The valley floods and landslides come down parts of the mountains, winds exceeding 200 mph tear off roofs and rip trees from the ground, turning them into missiles. The flooding changes the course of the nearby river and houses fall over its banks. Every house is damaged in some way. What are you going to do?

This is just a fraction of what the citizens in Puerto Rico had to deal with after hurricane Maria. They had to cope with their lives being completely uprooted and altered. Many, many people lost both their homes and their jobs, leaving them unable to rebuild or pay for housing. The vast majority of citizens have been denied assistance by FEMA: one especially impoverished town has had a 100% denial rate.

FEMA denials have largely been supported by reasons such as lack of proof of ownership, insufficient damage, or continued inhabitance. These reasons for denial carry no weight. FEMA requirements for proof of ownership are very low and can be met by a sworn affidavit. Claims of insufficient damage are false and cannot be proven as many of the adjusters never set foot in or around the houses they’ve issued denials for. And denials due to continued inhabitance are cruel and improper. These people aren’t living in these broken and dangerous houses because they want to, or because the damage isn’t severe enough to warrant moving; they are living in these houses because they have no other choice.

These citizens have the option to appeal FEMA’s denials, an option that will hopefully allow them to obtain the assistance they need and deserve. You can help this happen by donating to our local community partner organization who is working on the ground on the Island, Ayuda Legal Huracán María, and by supporting continuing efforts by the Puerto Rico Recovery Assistance Legal Clinic of the University at Buffalo School of Law, #UBLawResponds.