When I interviewed with Professor Connolly for a position in the University at Buffalo School of Law’s Puerto Rico Recovery Assistance Legal Clinic she asked me if I spoke any Spanish. I could tell it wasn’t a deal-breaker if I didn’t, but I couldn’t imagine UB Law helping people recover from the hurricane without it. I told her excitedly that I had been really working on getting fluent … for the last ten years.

I have always regretted letting my proficiency in the language slide after high school, but also never fully gave up. As a result, I’ve spent the last ten years telling people I speak “un poquito de español,” and encouraging them to use it with me – then missing the punchline to all the best jokes.
When I got to Puerto Rico this time I promised myself I would make the most concerted effort I could to learn, practice, and speak the language while here. Full immersion. And doing so has been the most enriching thing about the experience thus far, because it connects me to the people. It feels like the most meaningful thing I could do, to learn their language, and talk about their struggles with them in it. To drop s’s with them and wish one other good luck.

When we arrived at my first “humanitarian brigade,” (providing supplies like solar lamps to those still recovering from Hurricane Maria) I wasn’t sure what to expect. I had been told we would travel on-foot through the mountains, giving out whatever supplies we could to these communities, who were both hit the hardest by the hurricane and had the least resources to recover. Although we gave out soap and towels, the most important item were the solar lamps – because, unbelievably, almost every one of the houses we visited was still without power.

Where we were in the mountains most people speak only Spanish, and I wanted to try and use the opportunity to practice with people. But it turns out explaining how a solar lamp works is more complicated than ordering bacalaitos! It was a situation that could have scared me off from communicating, but the #UBLawResponds team encouraged me to embrace the opportunity instead and face my fears. Their support propelled me into practicing enough that I could lead a group of students without knowledge of the language provide supplies to residents all on our own.

I’m certain my grammar was not always correct, and I nodded and smiled through some bits I couldn’t quite catch, but ultimately the connection was made. I can’t begin to describe the warmth and compassion I received from these incredibly resilient people. They applauded my attempt where they could have been frustrated, and together we all understood one another a little better. I came to Puerto Rico with #UBLawResponds to try and help people here feel appreciated, and instead I found myself being offered water from someone who hadn’t had running water since María. The breadth of this island’s resiliency and beauty is unbounded. I am forever grateful.

So, go for it! Puerto Rico needs meaningful help from all kinds of people with all kinds of expertise, and even though many of the citizens speak some English, at least trying to speak with them in their language sets a reverent tone unlike anything else. 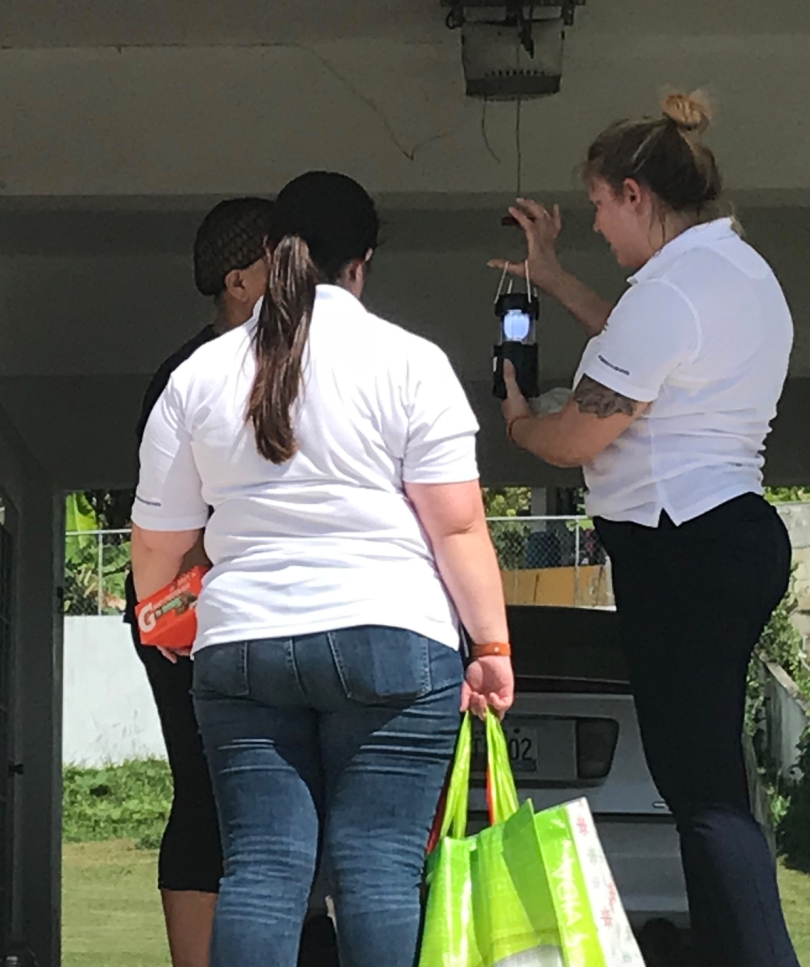