I recently re-watched an old taping of one of British comedian, Eddie Izzard’s standup shows from the ‘90s. In his famous bit about the decline of empire, a system he describes as based on the cunning use of flags (and guns), Izzard says the following: 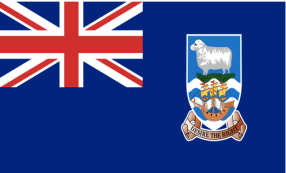 “After WWII, the world said,

‘Come on Europe, give these countries back… England, what’s that behind your back?’

‘Oh, its India and a number of other countries’

The bit is fantastic, but what about the Falkland Islands? Why is a Patagonian archipelago’s national anthem God Save the Queen? Why do one in eight inhabitants of the tiny South Pacific island of Guam join a military headquartered 8000 miles away? Why does Puerto Rico, where each acre is potentially three times more productive than most in the northern hemisphere, import eighty-five percent* of its food from the continental U.S.?

The answer is colonialism. Puerto Rico, Guam, the Falklands, and other areas under full or partial political control of another country, fit the Oxford definition of a colony.

America’s territorial relationship with the commonwealth of Puerto Rico reeks of White Man’s Burden type paternalism and disenfranchisement. For decades after the first American military governor was appointed, many locals toiled in slavery-like conditions in sugar mills owned by U.S. investors. As the single crop, plantation economy shifted from Sugar to Tobacco, increasing numbers of small farmers lost their land to expropriation. American corporations buying up the land paid no tax on their profits. Subsistence farming and fruit cultivation were all but eliminated to focus on export crops.

The U.S. Navy bombed the Puerto Rican island of Vieques for over half a century, leaving a toxic legacy that continues to affect the remaining residents. The Island’s economy and population have been shrinking since 2006, when Clinton’s repeal of the very tax breaks that made Puerto Rico a manufacturing hub for some time was enacted. More recently, PROMESA established a financial oversight board, tasked with approving all budgets and financial planning, that is not accountable to the government or People of Puerto Rico. The Board serves at the President’s pleasure, and is rife with conflicts. In fact, two of the members have worked for Santander Bank, which underwrote many of the bonds at issue in the debt crisis.

Commentators frequently lament local government mismanagement when discussing the fate of the Island. It is true that Puerto Rican government is rife with cronyism and corruption. Colonialism begets corruption, but let’s not forget just how corrupt our own officials are, both here in New York and around the Continent. Governments are frequently mismanaged. This doesn’t take away from the humanity of the governed. The People of Puerto Rico are no more responsible for the Island’s debt than you and I are for the twenty trillion dollars of debt our federal government has accrued.

Moving to the mainland is what gives Puerto Ricans their full rights of citizenship. Once arriving in a state, Puerto Rican Americans can vote for president; are represented in Congress and the Senate; are represented by a fully empowered state government rather than a neutered, quasi-state; and become eligible for social programs and benefits. This system encourages out-migration and adds to the destabilization of the Island’s economy.

It is time to end these antiquated systems. Its time all peoples were represented in their governments and self-determining. What the path ahead should look like for Puerto Rico is not for me to say – although I served as a Student Attorney with the University at Buffalo’s Puerto Rico Recovery Assistance Legal Clinic, I’m not Puerto Rican- but we on the Continent cannot continue to pretend that whatever befalls our colonies is not consequence of centuries of colonist’s policies. Moreover, the policies laid by the federal government today will define the extent to which Puerto Rico can recover and move forward.

*Pre-Irma/Maria figure. Local experts on the Island told us the figure is now about ninety-five percent.