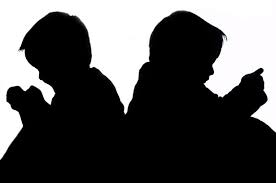 Although the long week in Dilley Texas has ended, I can still hear echoes of children’s voices in my head. One specific voice that re-plays the loudest is that of a young boy saying, “Yo tengo hambre.” After hours of waiting for his mother to finish her meeting with the “abogados,” he was hungry. He was so young that he did not understand the traumatizing story that his mother was telling.

Leaving knowing that there are more women and children that need help was hard. At the same time, leaving was a relief. Every day we arrived at the detention center at 7:30am and left at 8pm. I meet with clients all day and listened to their stories about fleeing the Northern Triangle and surviving their travels through Mexico. The stories that the women and children told and the fear in their eyes are something that I will never forget. Although I enjoyed the work that I did and I learned many lawyering skills, staying there five days was long enough.

The truth is that the traumatizing stories were not the hardest part of the week for me. The part that haunts me the most is the ill treatment of the people that are fleeing dangerous situations and seeking safety in the United States. That may sound weird and absurd because at some point in history we all migrated to the United States of America, the land of the free and the home of the brave. But the reality is that living through domestic violence, gang violence, police corruptions, oppression, and then traveling through another dangerous country are not the end of migrating people’s fears. Once they come to America, they are talked down to, sent to the cold “ice box” for days, placed in a detention center and interrogated to verify whether they are actually afraid. The trauma continues long after they leave their country.

During one of my meetings, I helped a woman and the daughter she had brought with her call back home to get some information for her legal case. The voice on the other end of the phone was the women’s youngest daughter whom she had been forced to leave behind. One thing that I learned at the detention center is that the people seeking asylum did not want to leave their homes and families, but they were left with no choice. If only everyone who had misconceptions about who these women and children are and why they came could spend a week at a detention center.